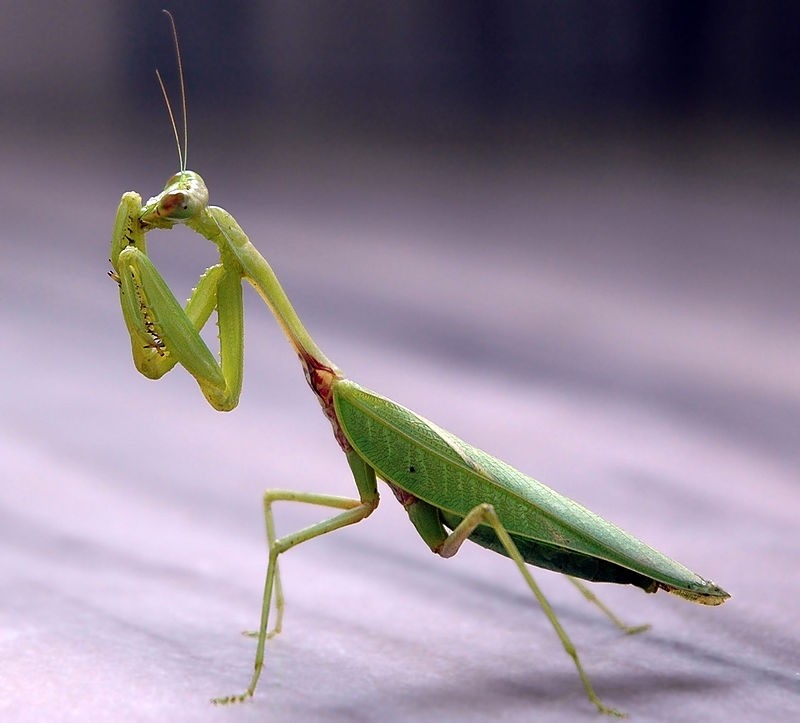 Insects around the world are in a crisis, according to a small but growing number of long-term studies showing dramatic declines in invertebrate populations. A new report suggests that the problem is more widespread than scientists realized. Huge numbers of bugs have been lost in a pristine national forest in Puerto Rico, the study found, and the forest’s insect-eating animals have gone missing, too.

In 2014, an international team of biologists estimated that, in the past 35 years, the abundance of invertebrates such as beetles and bees had decreased by 45 percent. In places where long-term insect data are available, mainly in Europe, insect numbers are plummeting. A study last year showed a 76 percent decrease in flying insects in the past few decades in German nature preserves. The latest report, published Monday in the Proceedings of the National Academy of Sciences, shows that this startling loss of insect abundance extends to the Americas. The study’s authors implicate climate change in the loss of tropical invertebrates.

“This study in PNAS is a real wake-up call — a clarion call — that the phenomenon could be much, much bigger, and across many more ecosystems,” said David Wagner, an expert in invertebrate conservation at the University of Connecticut who was not involved with this research. He added: “This is one of the most disturbing articles I have ever read.”

Bradford Lister, a biologist at Rensselaer Polytechnic Institute in New York, has been studying rain forest insects in Puerto Rico since the 1970s. If Puerto Rico is the island of enchantment — “la Isla del Encanto” — then its rain forest is “the enchanted forest on the enchanted isle,” he said. Birds and coqui frogs trill beneath a 50-foot-tall emerald canopy. The forest, named El Yunque, is well-protected. Spanish King Alfonso XII claimed the jungle as a 19th-century royal preserve. Decades later, Theodore Roosevelt made it a national reserve, and El Yunque remains the only tropical rain forest in the National Forest system. “We went down in ’76, ’77 expressly to measure the resources: the insects and the insectivores in the rain forest, the birds, the frogs, the lizards,” Lister said.

He came back nearly 40 years later, with his colleague Andrés García, an ecologist at the National Autonomous University of Mexico. What the scientists did not see on their return troubled them. “Boy, it was immediately obvious when we went into that forest,” Lister said. Fewer birds flitted overhead. The butterflies, once abundant, had all but vanished. García and Lister once again measured the forest’s insects and other invertebrates, a group called arthropods that includes spiders and centipedes. The researcher's trapped arthropods on the ground in plates covered in a sticky glue, and raised several more plates about three feet into the canopy. The researchers also swept nets over the brush hundreds of times, collecting the critters that crawled through the vegetation. Each technique revealed the biomass (the dry weight of all the captured invertebrates) had significantly decreased from 1976 to the present day. The sweep sample biomass decreased to a fourth or an eighth of what it had been. Between January 1977 and January 2013, the catch rate in the sticky ground traps fell 60-fold.

“Everything is dropping,” Lister said. The most common invertebrates in the rain forest — the moths, the butterflies, the grasshoppers, the spiders, and others — are all far less abundant. “Holy crap,” Wagner said of the 60-fold loss. Louisiana State University entomologist Timothy Schowalter, who is not an author of the recent report, has studied this forest since the 1990s. The new research is consistent with his data, as well as the European biomass studies. “It takes these long-term sites, with consistent sampling across a long period of time, to document these trends,” he said. “I find their data pretty compelling.” The study authors also trapped anole lizards, which eat arthropods, in the rain forest. They compared these numbers with counts from the 1970s. Anole biomass dropped by more than 30 percent. Some anole species have altogether disappeared from the interior forest.

Insect-eating frogs and birds plummeted, too. Another research team used mist nets to capture birds in 1990, and again in 2005. Captures fell by about 50 percent. Garcia and Lister analyzed the data with an eye on the insectivores. The ruddy quail dove, which eats fruits and seeds, had no population change. A brilliant green bird called the Puerto Rican tody, which eats bugs almost exclusively, diminished by 90 percent. The food web appears to have been obliterated from the bottom. It’s credible that the authors link the cascade to arthropod loss, Schowalter said, because “you have all these different taxa showing the same trends — the insectivorous birds, frogs, and lizards — but you don’t see those among seed-feeding birds.” Lister and Garcia attribute this crash to climate. In the same 40-year period as the arthropod crash, the average high temperature in the rain forest increased by 4 degrees Fahrenheit. The temperatures in the tropics stick to a narrow band. The invertebrates that live there, likewise, are adapted to these temperatures and fare poorly outside them; bugs cannot regulate their internal heat.

A recent analysis of climate change and insects, published in August in the journal Science, predicts a decrease in tropical insect populations, according to an author of that study, Scott Merrill, who studies crop pests at the University of Vermont. In temperate regions farther from the equator, where insects can survive a wider range of temperatures, agricultural pests will devour more food as their metabolism increases, Merrill and his co-authors warned. But after a certain thermal threshold, insects will no longer lay eggs, he said, and their internal chemistry breaks down.

The authors of a 2017 study of vanished flying insects in Germany suggested other possible culprits, including pesticides and habitat loss. Arthropods around the globe also have to contend with pathogens and invasive species. “It’s bewildering, and I’m scared to death that it’s actually death by a thousand cuts,” Wagner said. “One of the scariest parts about it is that we don’t have an obvious smoking gun here.” A particular danger to these arthropods, in his view, was not temperature but droughts and lack of rainfall. Lister pointed out that, since 1969, pesticide use has fallen more than 80 percent in Puerto Rico. He does not know what else could be to blame. The study authors used a recent analytic method, invented by a professor of economics at Fordham University, to assess the role of heat. “It allows you to place a likelihood on variable X causing variable Y,” Lister said. “So we did that and then five out of our six populations we got the strongest possible support for heat causing those decreases in abundance of frogs and insects.”

The authors sorted out the effects of weather like hurricanes and still saw a consistent trend, Schowalter said, which makes a convincing case for climate. “If anything, I think their results and caveats are understated. The gravity of their findings and ramifications for other animals, especially vertebrates, is hyper-alarming,” Wagner said. But he is not convinced that climate change is the global driver of insect loss. “The decline of insects in northern Europe precedes that of climate change there,” he said. “Likewise, in New England, some tangible declines began in the 1950s.”
No matter the cause, all of the scientists agreed that more people should pay attention to the bug apocalypse. “It’s a very scary thing,” Merrill said, that comes on the heels of a “gloomy, gloomy” U.N. report that estimated the world has little more than a decade left to wrangle climate change under control. But “we can all step up,” he said, by using more fuel-efficient cars and turning off unused electronics. The Portland, Ore.-based Xerces Society, a nonprofit environmental group that promotes insect conservation, recommends planting a garden with native plants that flower throughout the year.

“Unfortunately, we have deaf ears in Washington,” Schowalter said. But those ears will listen at some point, he said, because our food supply will be in jeopardy. Thirty-five percent of the world’s plant crops require pollination by bees, wasps and other animals. And arthropods are more than just pollinators. They’re the planet’s wee custodians, toiling away in unnoticed or avoided corners. They chew up rotting wood and eat carrion. “And none of us wants to have more carcasses around,” Schowalter said. Wild insects provide $57 billion worth of six-legged labour in the United States each year, according to a 2006 estimate. The loss of insects and arthropods could further rend the rain forest’s food web, Lister warned, causing plant species to go extinct without pollinators. “If the tropical forests go it will be yet another catastrophic failure of the whole Earth system,” he said, “that will feed back on human beings in an almost unimaginable way.”

Since trying to surf with the pros as a kid in Durban South Africa on my hollow 12ft ‘barge’ & getting absolutely trashed, I was hooked on sea paddling. Over a period of thirty-five years I’ve surfed, white watered & sea kayaked in locations around the world. I've guided as a full-time professional for the past sixteen years and my journey continues.

8th February 2021 / Environment
Dying to get out on the water!