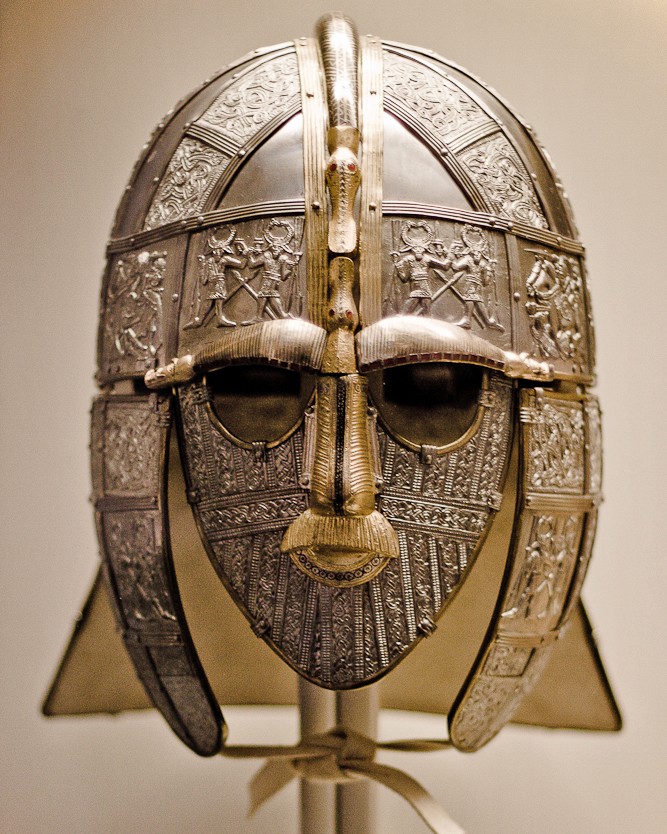 5,000 years ago during the Neolithic period or “new stone age”, the Suffolk coastline began to resemble the one we know today with mudflats, tidal channels & creeks where our ancestors lived as hunter-gatherers.

NOMAD Sea Kayaking guides our guests along this beautiful part of the Deben Estuary, following the deepwater channel with the tides, exploring the rich natural history of the area.

The wildlife found here will have sustained Anglo-Saxon life. The birds provided valuable additional winter food & feathers, & reeds growing in areas where freshwater seeped into the saltmarsh will have been used for thatching, a skill practiced locally to this day.

And speaking of history, there is the legend of King Raedwald, a King of East Anglia (yes, East Anglia had a King & no they aren’t related to Elizabeth!). Some 1,600 years ago Anglo Saxons arrived from across the North Sea & 1,400 years ago in 624 AD a king & great warrior of East Anglia was laid to rest in a 90ft ship beneath a huge burial mound that was discovered in 1939. He was surrounded by his extraordinary treasures, his Great War helmet is shown in the image. The burial site is, of course, at Sutton Hoo on the opposite river bank to Woodbridge.

With all this history, the natural beauty of the area, & the wildlife (including seals), it was an obvious choice for a new event.

The inaugural launch is scheduled for Sunday 30th May 2021. Seats are limited for this very special trip and we will only be offering a few dates. Don’t miss out and keep an eye out as dates will be released later in the season.

We hope to welcome you to this wonderful experience, another unique event offered with pride by NOMAD Sea Kayaking.